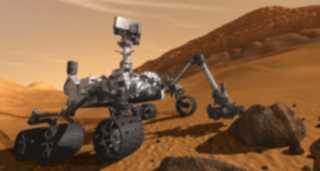 Abssac has long been associated with unique engineering products.  Several of the products we market are now on NASA’s latest space explorer, the Mars Science Laboratory ‘Curiosity’ Rover which enters its 4th year of continuous service on Mars.  NASA’s Jet Propulsion Laboratory, used a number of Helical beam flexible shaft couplings and machined springs on the project and naturally such a venture naturally requires extreme confidence in mission critical parts. Among these parts is a custom flexible coupling used in the vibration mechanism in the Sample Acquisition & Sample Processing and Handling (SASPaH) subsystem at the end of the robotic arm. This system, located at the front of the Rover, will be responsible for gathering soil samples from Mars’ rocky surface. Vibration, aided by the flexible coupling, will be utilised to pass the powder through sifters and ultimately through the sampling system. These particles will then be processed and examined by the Rover’s analytical instruments.

In addition to flexible couplings, the Curiosity Rover is also equipped with several helical machined springs. These particular devices are used as a locking latch in the rocket deploy pivot mechanism. Once the Rover is deployed on Mars, the pivot will rotate and the latch locked in place. The Helical machined spring met the customer’s requirements for compression and lateral translation spring rates, end attachments whilst a titanium material was used for its weight advantages. The double-start flexure adds redundancy and confidence that the spring will operate the latch. The spring also showcases the advantage of Helical Products’ technology in combining a number of components and features into one part that further increases reliability – a major concern for the Mars Rover, especially as parts won’t be serviceable.