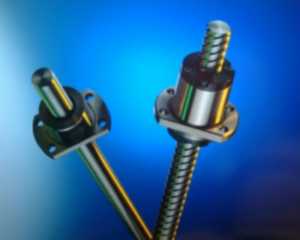 ABSSAC will shortly be celebrating 4 decades of power transmission equipment supply and over that time certain approved suppliers have demonstrated a steadfast approach to quality, professionalism and long term strategic commercial thinking.  ABSSAC is the long-term United Kingdom distribution partner for KSS Co., Ltd of Japan and they personify this accolade.

KSS Co., Ltd., has its headquarters in Ota City, a Tokyo ward, which is renowned for its manufacturing prowess. Initially manufacturing precision gauges its founders Mr. Tadanori Shinohara and Mr. Yoshifumi Ohta became aware of the growing demand for precision miniature ball, and started mass-producing in 1978.Year on year, KSS has continued to expand its product line and its manufacturing facility in the Niigata Prefecture. In fact, the Niigata site has been expanded five times since 1984, to keep ahead of demand.

Innovation has always been at the core of KSS values and this was suitably demonstrated in 2001 when they developed the world's smallest ball screw, with a shaft diameter of just 1.8 millimeter as well as a compact, shaft coupling free, motorized ball screw design. Now entering its sixth decade, KSS continues to innovate and engage with the new demands and challenges for precision screw applications.  The goal of KSS is one of continuous improvement, and to be the best at what they do.

Primarily KSS are a manufacturer of precision screws including precision ball and precision lead screws. However, over the years, KSS has expanded its capability to include units such as motor-driven screws, linear actuators and electrical positional cylinders.  Broadening the usability factor of the KSS product line is further supported with products like compatible drivers, specific greases to protect ball screws as well as various other ancillary accessories.

With a typical Japanese nuance, the meaning of the KSS is acronymic. Primarily, it stands for "Know-how," "Super quality" and "Safety motion." However, it can also be understood to mean, it's "Kindness," "Speed" and "Service." These few words encompass the company's strengths as well as its philosophy. KSS doesn't just aim to be strong, but to make a difference.

The world's smallest ball screw, developed and manufactured by KSS 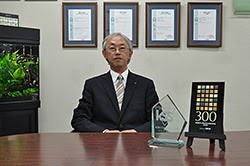 Having made its first venture abroad in 1998 at the Hannover Messe industrial trade show held in Germany. KSS is now an established suppler to the international market, participating in tradeshows the world over and entered into partnerships with a number of companies around the globe, one of which is ABSSAC for the United Kingdom. Currently, 30 distributors represent KSS in 18 countries.