Using the 23 Asilomar AI Principles? Challenges are always better faced with a partner and ABSSAC can supply innovative rotary component connections or Linear precision through its lead and ball screw ranges. Our goals are to provide engineering solutions by offering outstanding value backed by attentive and committed service.

If you are involved in the progression of Robotic technology, you need to talk to one of their engineers. Through the design (including test rigs) to the manufacture of robot mechatronics products, ABSSAC has been a prefered partner in many applications. Splitting the products into rotary, linear or specialist ABSSAC has innovative designs that can often enhance performance and add reliability.

Specifically designed safety brakes and clutches for use within robotic applications

The worlds smallest ball screw with a thread ball screw shaft only 1.4mm in diameter for use in medical proceedures

Satellite roller screws offering up to 4 times the thrust capability for comparable sized ball screws, by converting rotation into thrust.

A one peice shaft coupling capable of up to 90 degress of angular shaft offset, eliminating backlash and the need for lubrication

How you apply these advantages to your design is where ABSSAC can help the most, with engineers that are knowledgeable and always available. Most importantly the engineers have a genuine shared interest in the world of Robotics and AI.

For many years, ABSSAC has sponsored local The De Montford School robotics club. Each year, the school enters the VEX Competitions, which tasks teams of students with designing and building a robot to play against other teams from around the world in a game-based engineering challenge. Students learn lifelong skills in teamwork, leadership, communication, and more. Tournaments are regional and national levels with champions going on to compete against the best in the world at VEX Worlds each April.

The TDMS Worcestershire Regional held in the school sports hall, with teams attending from all over the UK.  Robots Tolerance and Titan were very competitive during this competition both making it to the final where Titan narrowly beat Tolerance to become Tournament Champions, qualifying both of the robots for the National Championships for the third year in a row. The following season, VEX Toss Up TDMS robotics qualified for the National Championships again by winning a regional qualifying event by becoming Tournament Champions, at the NEC in Birmingham. At the National Championships the teams reached the semi-finals and were awarded the Amaze and Create Awards. The teams are currently busy tweaking their robots to ensure they are in optimum condition for next year’s competition.

In 2017 the TDMS team won the the design and excellence award, which qualified them for the VEX Robotics world championships in the USA. In April 2017, all the teams and the robots, arrived safely in Louisville, USA and after practising, had the first day of matches. TDMS Robotics played three and won two of those . At the moment the team is ranked 24 out of 94 in the division. There are 6 divisions with 94 in each. The team look forward to another full day of competition tomorrow and hope to build on the early success. 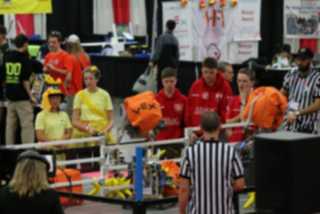 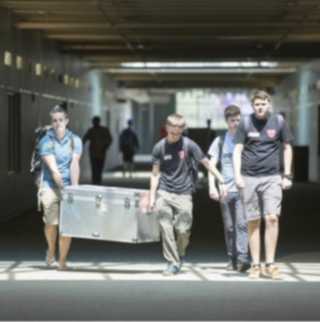