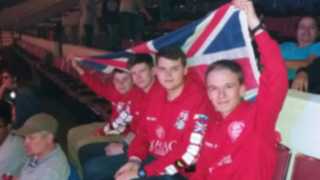 ABSSAC continues to sponsor and support our local school and their TDMS Robotics Club - This year, the Nationals event are to be held in Telford at the conference centre on 2nd and 3rd March - Robot Events.  The 6th form team qualified for the nationals at The De Montfort School regional, and has since then built a second robot and  this qualified too at a regional in Nottingham.
The year 10 team are continuing to progress and competed well in Nottingham, but due to a motor issue failed to get through any qualifying rounds. The year 9 team, however, having built a more simple robot, performed extremely well, having an excellent designer, builder and programmer. In the competition in Nottingham, their robot performed consistently and was only knocked out in the semifinal by an alliance containing the 6th form team!  All the robotics club will be going to the National event, where they can support the 6th form teams and have the opportunity to look at other robots without the pressure of competition.
Follow on Twitter