Nothing But Net - VEX Robotics competition 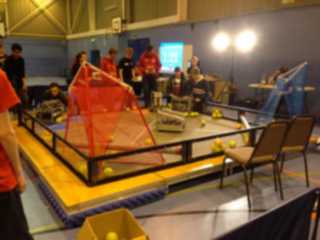 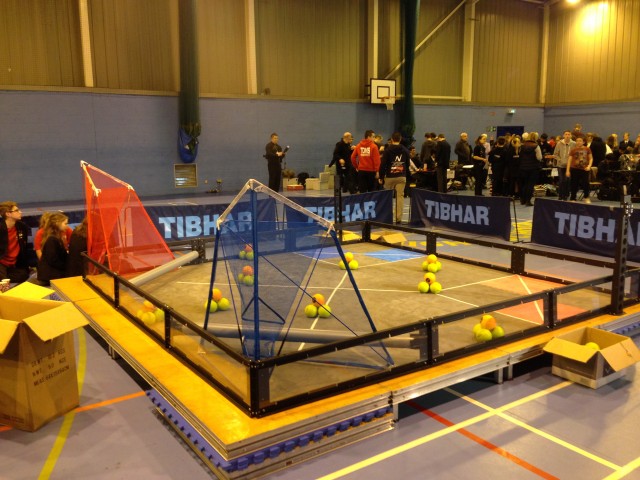 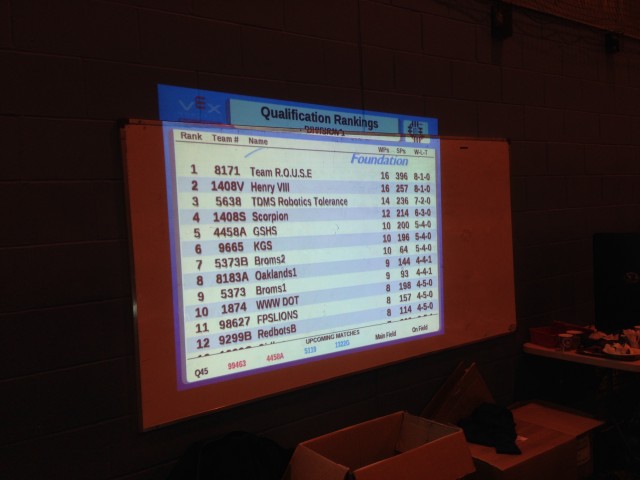 Abssac continues to sponsor TDMS Robotics Club - The De Montfort School (Evesham). This year’s competition from VEX Robotics is a game called ‘Nothing But Net’ where team attempt to get soft balls into the high goals and low goals.  Bonus points are awarded for an autonomous win and also at the end of the game for lifting your alliance robot.

An excellent turnout at the Worcestershire Regional event in the VEX Robotics competition saw all 20 places filled by schools from all over the country, with some having an early start travelling from as far away as Waterlooville!  With frantic preparations underway for the teams involved before the event started, as for some this was the first time competing in this year’s competition, the pit area was a hive of activity.  Once the practice matches were completed, the 45 qualification matches followed, with each team competing in 9 matches.  During these matches teams competed with pre-determined alliances to try to get as high up the rankings as possible.  Once the rankings are decided, the team who finished in 1st, gets to select their alliance robot for the knockout part of the tournament 1st, and this follows on down the rankings until we are left with 8 alliances.  With the 8 alliances chosen, sadly we lose 4 of the teams that at this stage.  The teams are then seeded, depending upon there ranking and subsequent alliance section number. i.e. 1st team to select their partner is seeded 1st, 2nd selector 2nd and so on until 8th.

The finals are played in a best of 3 format, and this is when the competition really heats up.  At this point also, a clear favourite started to emerge with consistently high scoring, and who did eventually go on to win the tournament, #8171, Team R.O.U.S.E – Independent (Colchester) & #1408V, Team Henry VIII – King Henry VIII School (Coventry).  Runners Up were #5638, TDMS Robotics Tolerance  - The De Montfort School (Evesham) & #9665, KGS – Kingston Grammar School (London).

As well as the tournament itself, 3 awards were also up for grabs – The Excellence Award, Design Award and Judges Award.  The Excellence award is the highest award possible in the VEX Robotics competition, and this also carried with it a place at the World Championships in Louisville, Kentucky!

TDMS Robotics Tolerance are now looking forward to competing at the U.K. National Competition, to be held at the Big Bang Fair on 16th – 19th March 2016 at the NEC, Birmingham.  Further information on this event can be found here: https://www.thebigbangfair.co.uk/.