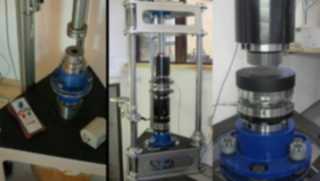 DrehmomentService Dr. Peschel is a calibration lab based in Peine that works with globally operating clients from a wide range of industries. Dennis Howorek is head of the lab and managing director of Technology. He will explain the key advantages of using ETP hub-shaft connections in the lab.

DrehmomentService’s customer base is very varied. Clients come from various industries, from aerospace to medical technology and mechanical engineering, right through to the automotive industry. A diverse range of clients and areas of application results in the need to confront new challenges every day. Orders are executed within a narrow time frame because confirmed delivery times are essential for just-in-time production.

Backlash-free connection and improved quality - ‘We use ETP’s hydraulic and hydro-mechanical hub-shaft connections in the torque lab, specifically ETP-EXPRESS, ETP-TECHNO and ETP-HYLOC.’ According to Howorek, one of the key advantages is the backlash-free connection of torque transducers in calibration devices.‘The clamping system enables a symmetrical tension curve in the measuring line and makes the repeatability of measuring results ten times more accurate than if keyway connections were used.’ Thanks to its robust design, ETP-HYLOC is ideal for use in complex and extreme transfer conditions.

One feature that the ETP hub-shaft connections share is quick installation and removal times.
‘In addition to the improvement in quality that we’re able to achieve thanks to the ETP connections, it takes much less time to install and remove the connecting elements and they require very little space.’ Alongside ETP-TECHNO, ETP-EXPRESS is more commonly used on account of the price. ETP-HYLOC is used for larger torques starting from 20 kNm.

Improved repeatability - The lab has been using ETP hub-shaft connections since 2006, the year that DrehmomentService was founded.
Dr Diedert Peschel, who founded the company and has continued to play an active role as deputy head of the lab since his retirement, explains how ETP connections came to be used. ‘Torque transducers were traditionally adapted using a form-fitting method. The disadvantage of this is the poor repeatability of tension transmission to the measuring bodies. It made it impossible to achieve the objective of smaller measurement uncertainties.’

While searching for a way to improve force transmission, one of Dr Peschel’s employees came across brochures for ETP connections.
Initial applications of this technology showed a significant improvement with regards to repeatability thanks to the homogeneous flow when transmitting torque to the transducers.

Setting global standards - ‘We have been testing this transfer technology and integrating ETP-TECHNO measurements into the standard since 1994, starting back at The National Metrology Institute of Germany. Other countries soon adopted the same idea.’
Dr Peschel has continued to use this technology because there was simply nothing better on the market.
By integrating the measurements into standards for calibration, it has become the gold standard for precision measurements around the world, in national metrological institutes and accredited calibration labs alike.