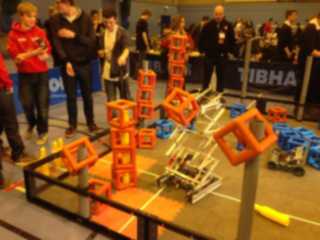 Congratulations to all the teams that competed at the Vex Robotics Worcestershire Regional, and in particular, to team 5638X – The De Montfort School Robotics Titan –  qualifying for the National Finals being held at the NEC on 12th, 13th and 14th March 2015!

After a highly competitive opening round to find the ranking of the 18 teams present, one team was undefeated at the top of the table, team 4915 - Virus Robotics (Independent).

In these early rounds many on the teams encountered issues with their robots, however this did not lower anyone’s spirits during a day were the sports hall was brimming with excitement.  Team 9314 – Myton School (Warick) where the embodiment of energy and enjoyment, regardless of the trials and tribulations they encountered.  This resulted in them winning the Energy Award.

Team 4915 - Virus Robotics, after their unbeaten early rounds, were able to have the first choice of an alliance with the team they were hoping to help them win the competition.  They decided to choose team 5638X – The De Montfort School Robotics Titan.  This alliance blossomed to become tournament champions, and also recording the highest round score of 63 in their first semi-final match. 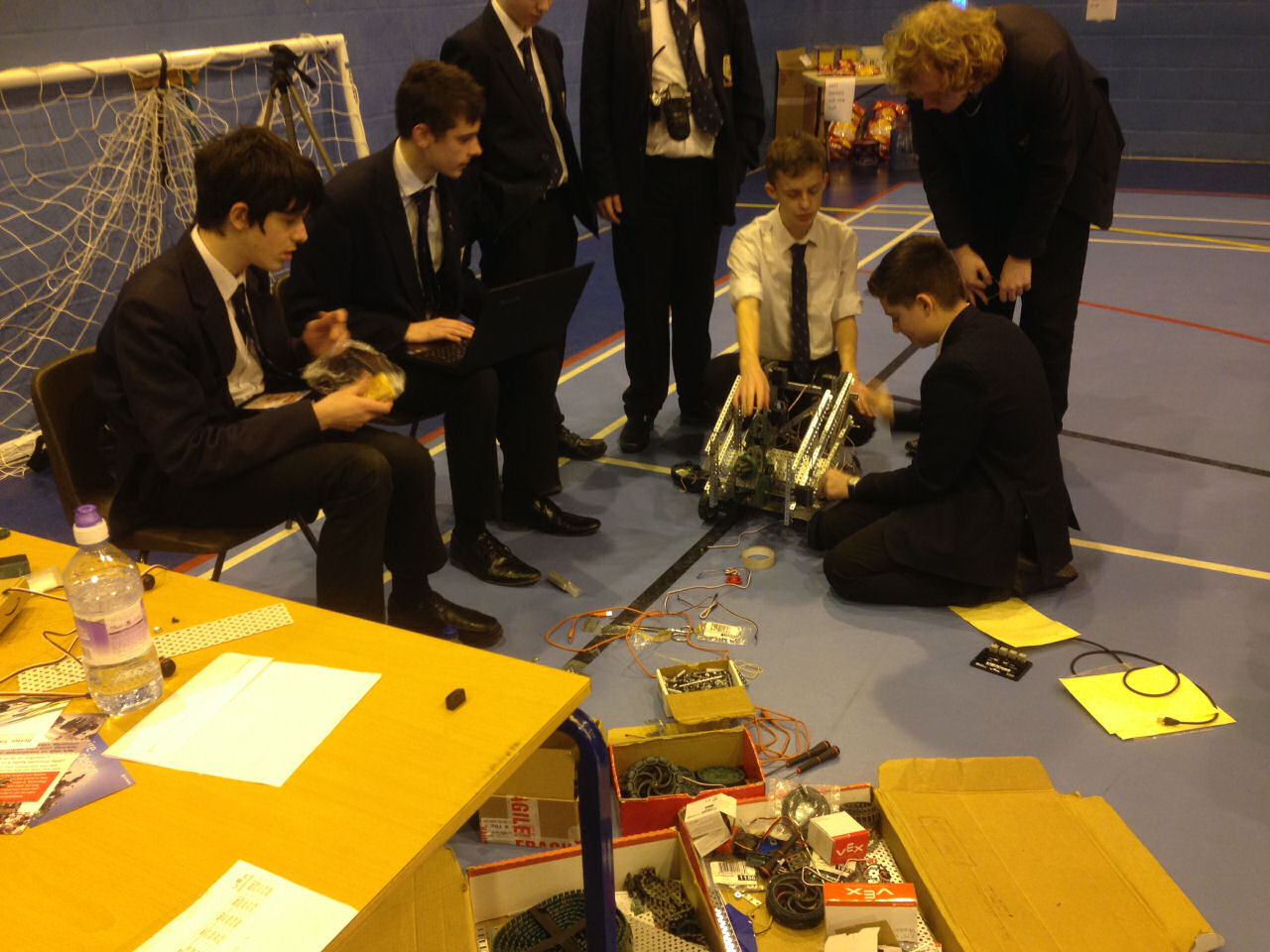 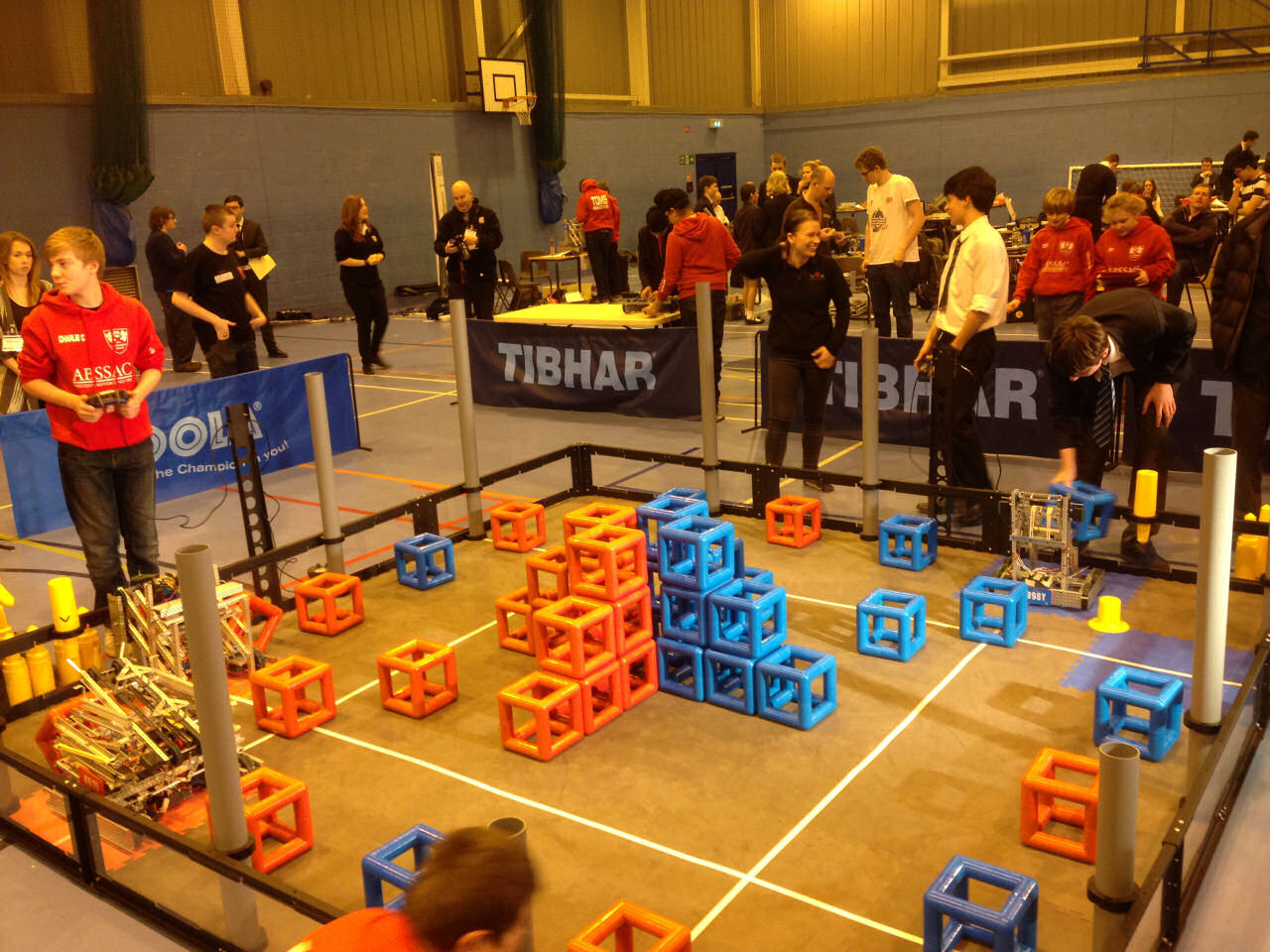 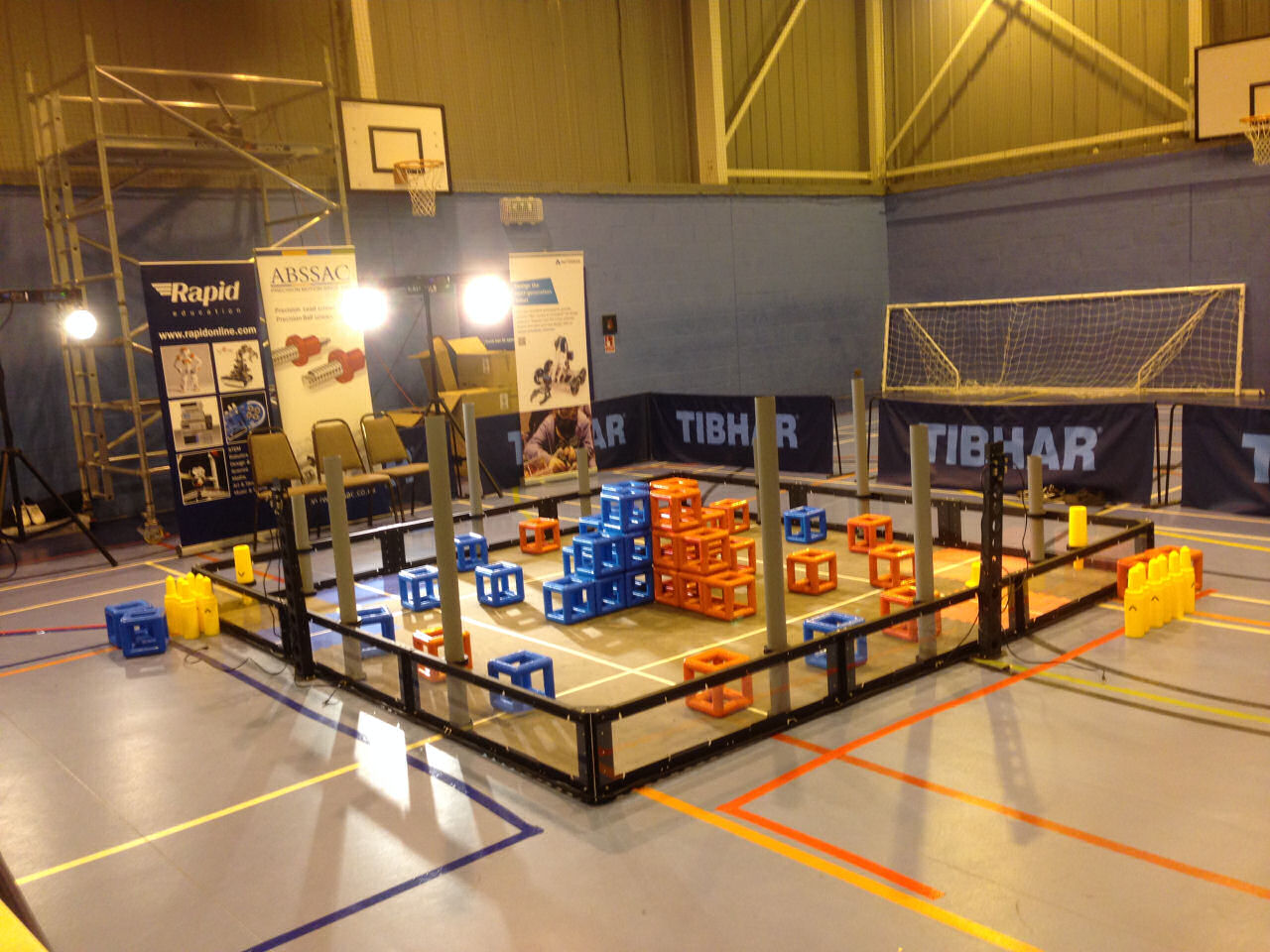 Team 4915 – Virus Robotics had in fact already qualified for the Nationals at another event, so their qualifying place was awarded to Team 8908X – Downend School Robotics, pipping Team 5638B - The De Montfort School Robotics Tangent to the spot by 6 Score Points after they finished the opening rounds level with 7 wins and 1 loss each. 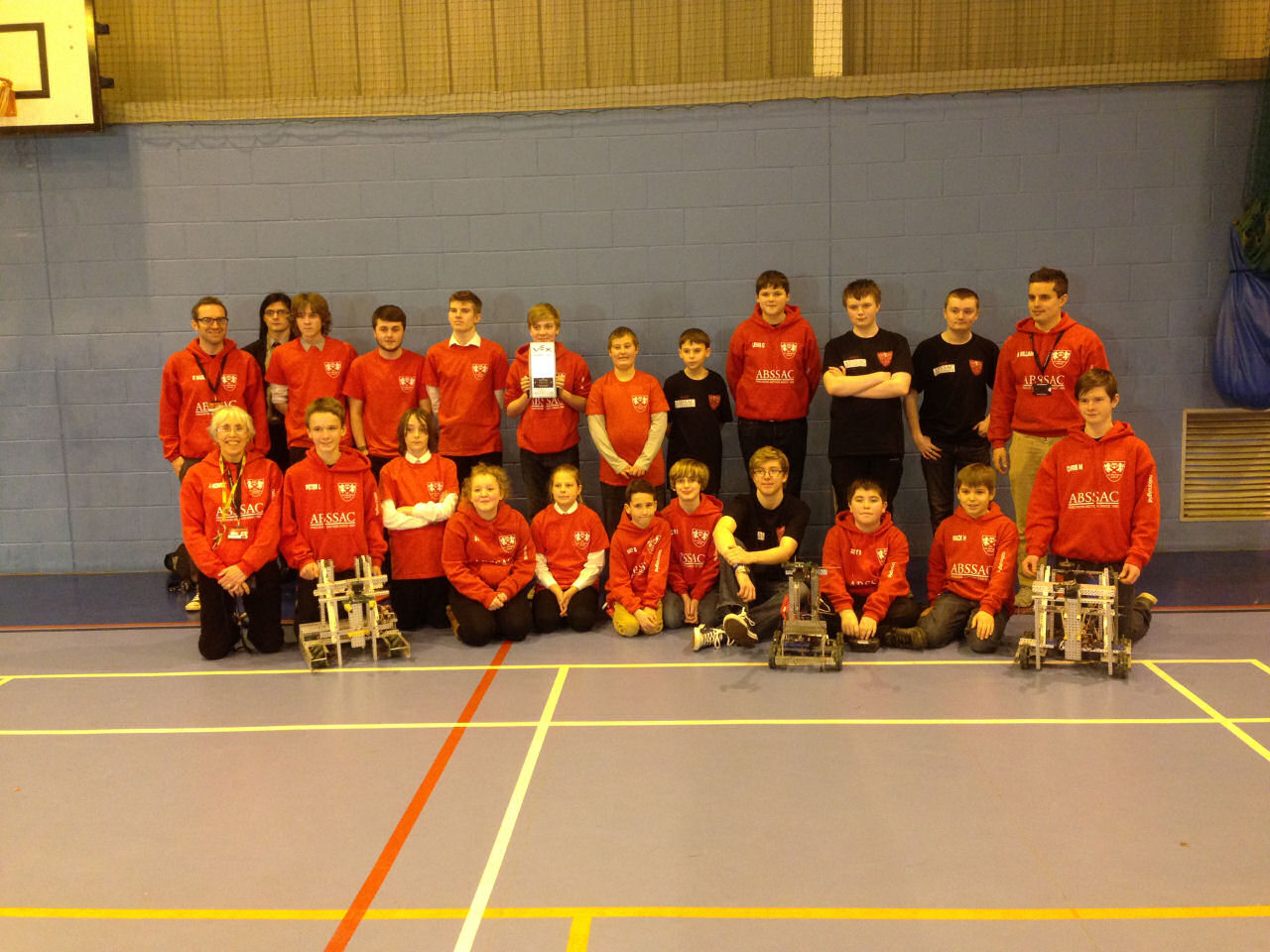 A fantastic day was had by all. Well done to all who took part !