Sponsorship of TDMS Robotics continues in 2017 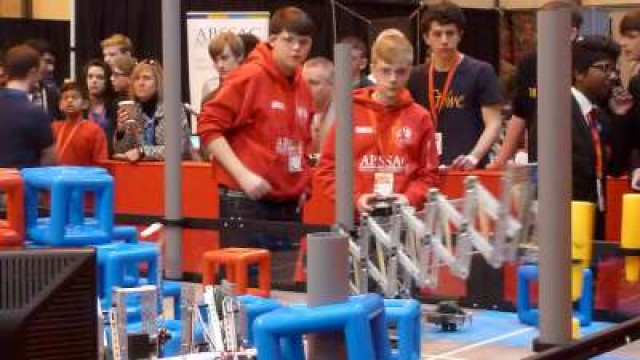 ABSSAC continues the sponsorship of the TDMS Robotics club at The De Montfort School into 2017 and wishes them luck with preparations for the next regional event. The VEX Competitions, tasks teams of students with designing and building a robot to play against other teams from around the world in a game-based engineering challenge. Students learn lifelong skills in teamwork, leadership, communication, and more. Tournaments are regional and national levels with champions going on to compete against the best in the world at VEX Worlds each April. The TDMS Worcestershire Regional held in the school sports hall, with teams attending from all over the UK.  Robots Tolerance and Titan were very competitive during this competition both making it to the final where Titan narrowly beat Tolerance to become Tournament Champions, qualifying both of the robots for the National Championships for the third year in a row. The following season, VEX Toss Up TDMS robotics qualified for the National Championships again by winning a regional qualifying event by becoming Tournament Champions, at the NEC in Birmingham. At the National Championships the teams reached the semi-finals and were awarded the Amaze and Create Awards. The teams are currently busy tweaking their robots to ensure they are in optimum condition for next year’s competition.